How to not lose $50 million… Will folks put up with lockdown after realizing they’ll still get coronavirus?… 13 companies working on a vaccine

How to Not Lose $50 Million

No, it wasn’t all my money. It was worse.

It was the hard-earned funds of people who had entrusted me with their savings.

At the time, I was the portfolio manager of a hedge fund that invested mostly in Russian stocks. Within a few months from when I took over the job, the price of oil – the heart, lungs, and liver of the Russian economy – hit an all-time high. The fund was climbing, and I was feeling smart.

Then, as the global economic crisis swept through world markets, the bottom fell out of commodities markets… and Russia.

By the autumn, Russia’s stock market had fallen 80%. 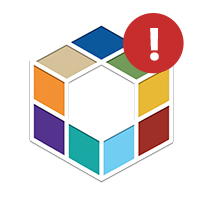 Emergency Briefing from Stansberry Research explains why the market’s next move will take everyone by surprise… And how it could make you 10 to 50 times your money along the way. Get the full details immediately.

Stock markets around the world fell sharply between 2008 and 2009… The S&P 500 Index and the Nasdaq both collapsed around 55%, for example. But the flight from risky assets hurt Russia’s stock market and economy (which contracted about 8%), more than any other big country.

My fund did outperform the index. But being down 60% (and “beating the market”) while losing $50 million is not winning by any definition… And it certainly wasn’t for the investors in my fund.

Mind you, $50 million isn’t much by hedge-fund standards.

Last month, hedge-fund giant Bridgewater Associates’ Pure Alpha fund lost around $15 billion. In a single day in March 2016, Pershing Square Capital Management lost $735 million on one bad stock bet. And you can bet that a lot of money managers have lost a lot more than $50 million over the past few weeks.

But like car crashes and colon cancer (or COVID-19) – it’s one thing to read about it happening to others… and very different when it’s happening to you. The dark feeling that comes with losing a lot of money in the markets is much deeper and blacker when you realize that you’re causing that same feeling for others.

I learned a few hard (and expensive) lessons…

FOMO is your enemy. Translation: “Fear of Missing Out” (courtesy of my millennial kids)… FOMO is what will drive you to buy a stock when it’s moving up – say, on a day like last Friday, when the S&P 500 moved up almost 10% in two hours. That’s when your inner crazy voice says something along the lines of: “This is it – if I don’t get back in now, I’m going to miss the rally.”

Instead… wait for the trend. You can miss out on the first 10% or 20% and still make plenty of money on the upside. And waiting for the trend might save you 50% (or more) on the downside.

YOLO is your friend. “You Only Live Once” (thanks again, kids) is often used as an excuse to go bungee jumping or to have another beer. But when you’re investing, flip it around: You want your money to last at least as long as you’re around. Don’t miss out on things because you made a rash investment decision. Think about what you might have to forgo if things go wrong.

There’s nothing wrong with cash. When markets are falling, the value of cash doesn’t change. That’s why it’s so valuable in a crisis. You might regret missing out on gains later (see: FOMO, above). But you’d regret losing more.

This is an investor trait called loss aversion… when you hate losing more than you like winning. Cash will help you avoid losing. And it will help you win more later.

Use stop losses. This is from an e-mail that I wrote my colleagues on February 24, 2008 (copied into a trading journal I was keeping at the time)…

Has the fund ever used stop-losses? I don’t mean automatic standing orders with brokers, which can very easily get you in trouble (particularly with illiquid shares) if you’re whipsawed; rather, informal but solid stop-losses (both from position initiation price, as well as from recent highs) that trigger a thorough re-investigation of the investment case…

My tendency would be to cut loose stocks that are down, say, 15% [Editor’s note: this would have been a tight stop-loss level], unless there is a compelling reason to continue to hold them. I think it would be helpful if we had a discipline to prevent losers from getting out of control – and from winners turning in to losers.

Learn how to hedge. When you “hedge” your portfolio, it means you protect or insulate it against something changing that could hurt your returns. (A hedge fund, after all, is supposed to perform better than the market because it’s protected on the downside.)

When I became a hedge-fund manager, I didn’t know enough about hedging… which is like becoming a barber and only having a passing acquaintance with scissors and trimmers. And, well, that’s partly how I lost $50 million.

As I write this, the U.S. S&P 500 benchmark stock index has plunged 30% from its recent peak one month ago. That’s the sharpest, quickest drop in U.S. history.

And one of the best ways that you can easily hedge your portfolio as an individual investor takes just a few small bets. Each of these bets can offset a big amount of risk in your portfolio, because if things go wrong, they can quickly pay off 5-to-1, 10-to-1, or even more.

It’s a strategy that is particularly useful in a volatile market like what we’re seeing right now. It is no exaggeration to say that learning more about this strategy could save your entire portfolio.

And tonight, my friend and fellow financial analyst, Bill McGilton, will show you how to use the same strategy in your own personal portfolio that he’s been using to make triple-digit gains for his readers during the market sell-off. He’ll even give you the names of three stocks to target immediately with this investment strategy – three stocks that you can place a trade on to target potential gains of 500% to 1,000%.

Click here to reserve your seat and learn more about this portfolio strategy.

Questioning the Clampdown
Some number of respiratory deaths will be avoided (really delayed since we all die) but we’ll be spending a lot more than we’ve ever been willing to spend before to avoid flu deaths. Eighty-three percent of our economy will be suppressed to relieve pressure on the 17% represented by health care. This will have to last months, not weeks, to modulate the rate at which a critical mass of 330 million get infected and acquire natural immunity. Will people put up with it once they realize they are still expected to get the virus?

The Best Fighter Against the Pandemic: YOU
Last week, I predicted that within four weeks, 50% of Americans would have the virus. And experts now worry that we could see bigger numbers much sooner…

These 13 companies are working on coronavirus treatments or vaccines – here’s where things stand
A mix of legacy drugmakers and small startups have stepped forward with plans to develop vaccines or treatments that target the infection caused by the novel coronavirus.

U.S. crude hits 17-year low as lockdowns, restrictions spread
The last time oil was trading that low, the United States had invaded Iraq and China had only begun its rise as a major global economic power that propelled the world’s oil consumption to record highs in subsequent years.